I thought that the only movies I would be geeking out over in the forseeable future would be Terminator: Salvation and mayyyyybe Star Trek, only because what I’ve seen has intrigued – I was never, ever interested in anything Trekkie-related in the past. 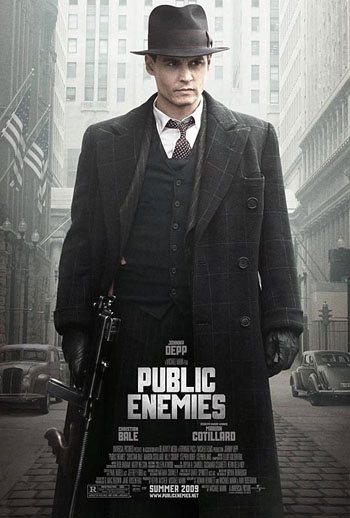 But this little trailer for the movie Public Enemies popped up out of the blue.  I haven’t heard any of the hype surrounding this movie, but this is the new Michael Mann-helmed project, and if anybody does action right, its Mr. Mann.  The story is based around the life of historical bank robber, John Dillinger (Johnny Depp), who in the post-stock market crash depression era perfected the art of finagling banks of their cash stores, usually with the additive persuasion of several henchmen wielding tommy guns.  Because the banking institution as a whole was seen in a harsh light at the time for their part in the whole stock market fiasco, John Dillinger was championed as a modern-day Robin Hood and gained notoriety for each succesful heist.  It seemed like no bank could escape his judgment, and no jail cell could prevent his comings and goings. 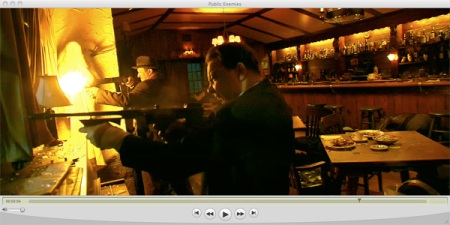 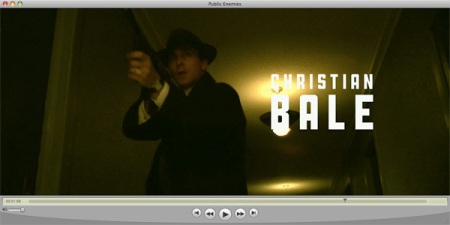 Interesting enough story as is but the truth of the matter is, it doesn’t matter what movie these two actors are in – I’d watch any movie boasting not one but two of Hollywood’s premier actors at the top of their game.  Hell, I’d watch a film with Christian Bale & Johnny Depp that had the premise of them taking turns farting whilst wearing ridiculous fat suits and consuming buckets of refried beans with completely zero dialogue – I have that big of a man-crush on the both of them.  This movie has the recipe for success, and suddenly 2009 isn’t looking so drab.